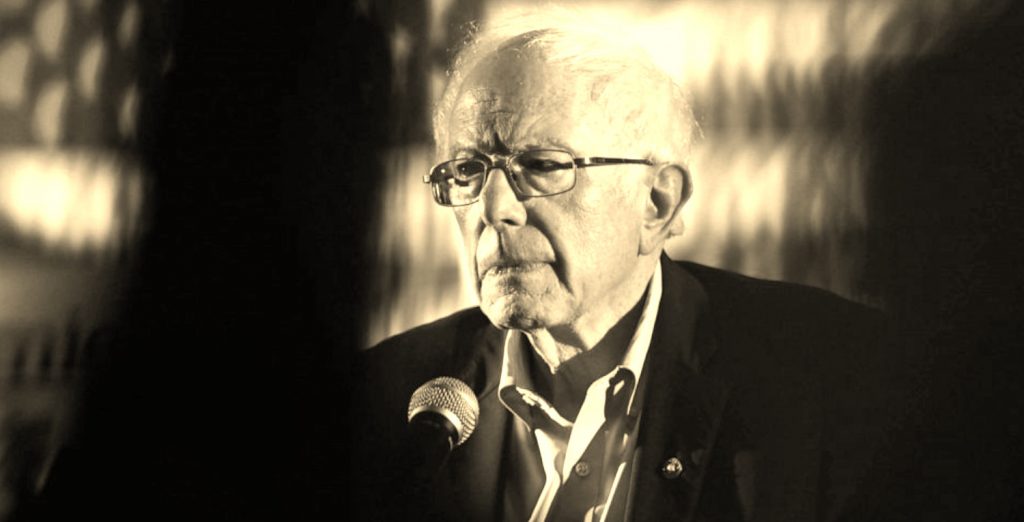 Wrong Type of “Bern” in Iowa

From the closing of the Iowa caucuses, up until last night, it appears that AP was “unable to declare a winner”. Amid “irregularities” and caucuses that were “riddled with errors and inconsistencies”, it appears that although Bernie Sanders remained optimistic, with his strong support heading into the caucuses, and despite winning the popular majority, Pete Buttigieg, who declared victory days before, has come out slightly ahead in state delegate equivalents.

After years of preparation and hard campaigning following the 2016 loss, Bernie Sanders, the 2016 “runner-up” – where he was the sole opposition to Hillary Clinton – headed into Iowa for a second shot at the Democratic nomination. Following the caucuses, which took place on Monday (February 3, 2020), and as more than a few supporters of Bernie Sanders claimed across social media and interviews, it looks like they are at it again.

But, is this sentiment a little bit late? And, when does the onus fall on Bernie and his supporters?

The first major red-flag of this season (more about 2016 will be covered below) was the unprecedented field of candidates. Like the 2016 Republican primary, the enormous field of individuals vying for a chance at the nomination was rather strange. Probably even more strange than the Republican field of 2016 was the fact the Bernie Sanders ought to have been a clear candidate to rally behind, given his impressive showing in 2016, popularity among the grassroots of the party, favorable polls against Donald Trump and willingness to go out of his way to integrate within party lines and campaign for Hillary Clinton following a tough battle and “loss”.

In a year where it might have been expected that the next-in-line logic that was seemingly applicable throughout the Democratic Party and favoring Hillary in 2016, – clearly evident in the lack of opposition to Hillary and the lack of support for Bernie, – that logic was not there this time around. Instead, there was a swarm of Democratic opposition, mainstream media bias, an enormous field of candidates, and there was even a deriding of what was exclaimed as a sort of sense of audacity that Bernie and his campaign had for expecting media fairness and a reasonable pathway to the nomination based on his credentials.

Within that context, there followed an anyone-but-Bernie, media strategy that jumped from Biden to Harris, to Warren, to Pete, to any new flavor of the week. And, despite the chicken or the egg coming first, there was a stream of fresh polling that always seemed to correspond to the chosen one rising or falling in popularity among the polled voters. All of this happened in a mainstream media environment that operated as if Bernie Sanders’ name was invisible on every paper and piece of reporting that had him consistently among the most popular, Democratic candidates, the most favorable, and the most likely to beat Trump.

At that point in the race, prior to the Iowa caucus madness, it seems that Bernie or his team would have adapted strategy and/or that his supporters would have seen some sort of writing on the wall.

Going back to 2016, as mentioned above, we saw extreme discrepancies in exit polling, in trends of final polling, in treatment of voters, voter rolls, polling places, voter registrations, and several reports were done on the issue of a rigged election and rigged polling. As is not always properly pointed out, this was the case and established with evidence that pre-dated what was simply re-iterated in the WikiLeaks/DNC leaks that happened around the time of the Democratic National Convention. Although there was some new information in the leaks from emails from the DNC and John Podesta, there was a lot of additional evidence toward what we already knew and what was already established.

Following this fiasco, people like myself and others stated rather unequivocally that something must be done, specifically to challenge the system and to handle the issue of election justice, fair elections and proper election protocols to ensure a process that was not simply repeated in the future.

Following the election, however, we had Bernie Sanders, again as mentioned above, not only fail to call the election properly into question, but he went out of his way to join the Democratic narrative surrounding Donald Trump and support for Hillary Clinton. This was done not only in opposition to general reasoning and integrity, but it was also done in a shamefully dishonest way with regard to what Bernie and his campaign told supporters about their objectives and goals to fight for the people, fight through the convention, fight for the nomination, etc.

At least one line of reasoning, at the time, would have been to support Hillary Clinton and the Democrat Party for a clear path in 2020, assuming Bernie was expecting to run again. That logic, as would have been expected by any student of politics and history and/or any witness to the 2016 process, did not work out in practice. Instead of Democratic support, with a fresh and prepared run, which is now ready for any sort of shenanigans and DNC opposition, we saw Buttigieg, a previous unknown on the national stage, claim victory in Iowa and surge in New Hampshire polling.

Bernie’s behavior in this also stands in contrast to both sides.

On the side of the right-wing and Donald Trump, specifically, we saw a Trump 2016 campaign that effectively ran through any and all of the opposing forces with a similar coalition of anti-establishment support. We saw (like it or not – or if understood or not) a master-class in political strategy and campaigning, a willingness to go outside of political convention to an advantage and a willingness to call out political corruption, up and to the point of stating that there would be a challenging of results in the event of a loss.

On the side of the left-wing, we saw multiple calls for forming a third-party, for running as an independent, for dumping the Democratic Party, for taking top billing on a Green Party ticket, for challenging the election, for suing the DNC and all of the rest.

We will see where things go from here, but as of now, we only have an effective loss in Iowa, despite how the campaign wants to frame it, and an expressed uphill climb from here.