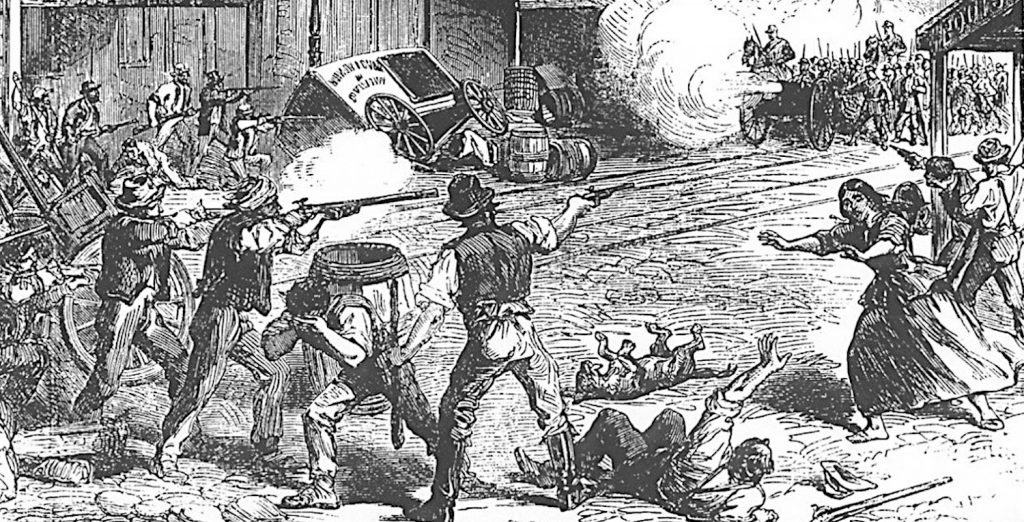 Statistics on Black Lives, and Immigration

“From before the time of Washington and Jefferson down to the Civil War, the nation had asked if it were possible for free Negroes to become American citizens in the full sense of the word. The answers to this problem, historically, had taken these forms:

1. Negroes, after conversion to Christianity, were in the same position as other colonial subjects of the British King. This attitude disappeared early in colonial history.

3. If Negroes did not die out, and if gradually by emancipation and the economic failure of slavery they became free, they must be systematically deported out of the country, back to Africa or elsewhere, where they would develop into an independent people or die from laziness or disease. This represented the attitude of liberal America from the end of the War of 1812 down to the beginning of the Cotton Kingdom.

4. Negroes were destined to be perpetual slaves in a new economy which recognized a caste of slave workers. And this caste system might eventually displace the white worker. At any rate, it was destined to wider expansion toward the tropics. This was the attitude of the Confederacy (p. 132).”

What also can be noted is that while the Deep South through the development of their “Cotton Kingdom”, around the 1820s (see slavery and slave-trade; wealth built from slavery), maintains high levels of the black population, even increasing, states to the north already trend toward rising white populations as a percentage.

“The attitude of the South toward the slave-trade changed pari passu with this development of the cotton trade. From 1808 to 1820 the South half wished to get rid of a troublesome and abnormal institution, and yet saw no way to do so. The fear of insurrection and of the further spread of the disagreeable system led her to consent to the partial prohibition of the trade by severe national enactments. Nevertheless, she had in the matter no settled policy: she refused to support vigorously the execution of the laws she had helped to make, and at the same time she acknowledged the theoretical necessity of these laws. After 1820, however, there came a gradual change. The South found herself supplied with a body of slave laborers, whose number had been augmented by large illicit importations, with an abundance of rich land, and with all other natural facilities for raising a crop which was in large demand and peculiarly adapted to slave labor. The increasing crop caused a new demand for slaves, and an interstate slave-traffic arose between the Border and the Gulf States, which turned the former into slave-breeding districts, and bound them to the slave States by ties of strong economic interest (p. 154).”

Also, around the same time as Homestead and Land Grant (colleges).

The same time frame–early 1860s through the 1920s–that is characterized by high numbers of mostly European immigrants, is also characterized by campaigns of anti-black violence in the form of lynchings, mass killings, acts of terrorism, racial violence, rioting and destruction of property. That is outlined in Timeline of Slave Revolts & White Supremacist Pogroms & Terrorism Against Black Americans.

It also important to keep in mind that during that same period, Jim Crow is built up and sustained (see on black codes and slave codes; on the re-institution of slavery; and on Jim Crow and redlining). After a massive migration to the North and West and the ending of the Second World War, the Civil Rights Movement takes place (1950s thorough the 1960s)(see civil rights legislation).

After this period, immigration starts to take on the form of non-European immigrants, often illegal; however, including an increase in African and Caribbean percentage of the population of African descent living in America–an increase which at least somewhat contributed to the overall increase (from around 10 and a half to 12 and a half percent, 1960 to 2010).

That increase in illegal immigration following the Civil Rights Era, particularly through Mexico, along with the surrounding context of the introduction of Mass Incarceration (see stats on mass incarceration, et al.) and the continual impact of redlining, also tells a story. There was an organized replacement of low-wage, slave-by-another-name, workers who could be continually trafficked or exploited in the US for a particular kind of labor. On the other end, a new system of containment, literal imprisonment, and re-instituted forms of racial violence (see mass incarceration; war on drugs; police killings; etc.) were introduced.

For a visualization on immigration, see: