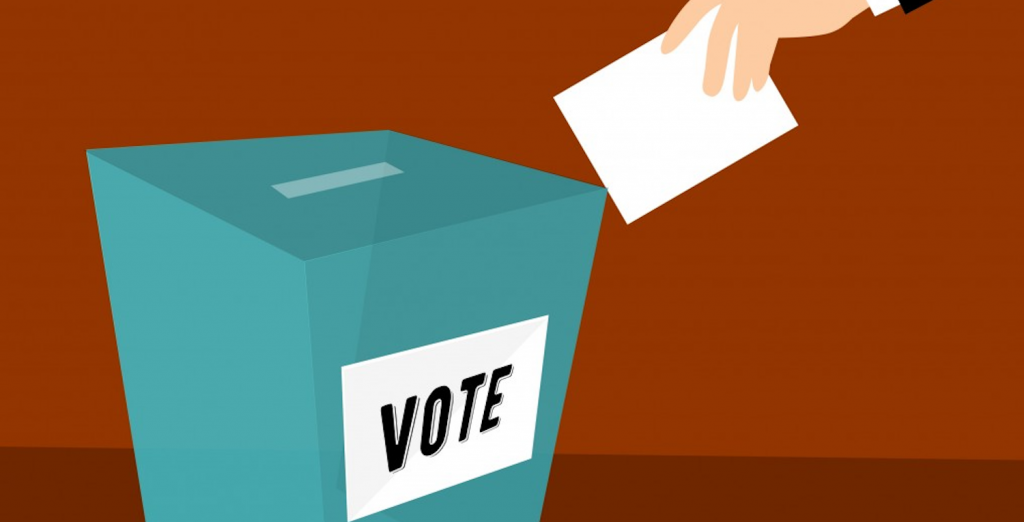 Showing some basic errors in reasoning that make advocates of “lesser evil voting”, i.e., voting for blatantly corrupt and immoral, Democratic presidential candidates, almost too ridiculous and unserious to even be worthy of any response.

[For those wondering why this is on the website as a post, it is a response to a FB post citing An Eight Point Brief for LEV (Lesser Evil Voting) available, here: https://chomsky.info/an-eight-point-brief-for-lev-lesser-evil-voting/.]

Now, as a side, this can lead to arguments about the viability of third parties. The problem, fundamentally, with arguments against third parties, is that they create a circular argumentation and a manufacturing of a self-created, sort of, catch-22 scenario within which people are placed. You cannot really say (again – as a serious intellectual), e.g., you are not going to vote for a third party on the basis of others not voting for them in mass, because it is circular and a self-created circumstance. It is also the function of a psychological mechanism to place blame on others (like a projection) of guilt and (un)willingness to accept responsibility for your own decisions. The same as the “vulnerable groups being negatively impacted”, which will be briefly discussed. Both place responsibility for the action on another (potentially) disconnected group, and the group is definitely not immediately involved and only addressed to serve that purpose.

This (above) analysis, for example, does not even need to include other factors of elections where voting for a third party takes the blame, e.g., nonvoters, people who would have otherwise voted for the other candidate, other third parties pulling from the other side, etc. It also doesn’t deeply consider election fraud and rigging or general manipulation and selection of candidates within the ruling class both semi-openly through money-manipulation or through more elaborate semi-secret conspiracies and control over more permanent elements of media, politics, the military, police, intelligence, etc., and what is often called (now controversially) the “deep state”. This cannot really be fully addressed here (which is okay given that it doesn’t need to be to make the points); it also connects to the element of predicting the actions of both candidates and elite elements, which is almost entirely out of the question given the chaos of their actions, reactions, and interactions, especially in the context of the rest of the population, which can change with scenarios, as well as operating on limited information, often in cases with people operating off of entirely too little information, data, etc.

Now, already operating on assuming a false dilemma of only two choices, with regard to this particular brief at least, it never goes on to an explanation as to why the Democrat is assumed less evil. It intentionally jumps over the fact that Hillary, in that (2016) case, could potentially be way worse. In that context, Hillary was actually pushing anti-Russian language (and specifically related to the Syrian conflict) that could have put us in an immediate nuclear, Cold War-style standoff with a Russia that has been ramping up offensive nuclear weapons capabilities in response to US aggression. Hillary’s involvement in Libya – and foreign policy generally – directly lead to chaos in Africa. She was claiming a repeat of that at a much larger scale in Syria. Her domestic policy record was also worse than Trump’s actual record in his first term.

It then gets into several red-herrings. The first is a straw-man or an uncharitable representation. The “lesser evil is still evil” is an amateurish framing. The actual framing (which is the second red-herring of distracting from this true point) boils down to morality and the function of morality generally. On the surface the arguments range from proper and practical development of third parties, the actual representation of political views, actual lesser evils, legal and complicity issues with giving an easily interpreted vote of confidence and approval to an immoral and nonfunctioning system, etc.; however, I’m going to address what it fundamentally boils down to at a core level. Morality cannot function logically/rationally, or practically with humans, based on consequentialism. Any intro-level ethics course should go through this. For just basic moral principles, it has to be based, theoretically, on something with predictive power, as all theories have to be. You do that, as Kant did, by limiting it to things you know – by definition – are immoral. Consequentialism has to argue that a known immoral act can become moral based on consequences that you cannot actually know without God-power of data and rationality or a time machine that also traverses alternate realities like Dark on Netflix. So one side is arguing to not do something immoral. The other side is arguing to do something immoral but miraculously it will be corrected in consequence. This is why I had to point out that he [Chomsky] doesn’t understand the complex theory on social interactions (e.g., in political-economy, psychoanalysis, philosophy, etc., and related). It also goes into the complete lack of basis for claiming the specific groups of Democrats, in this case, are “less evil”. Historically, this has been falsified already. So, they need to pull out the time machine or God-skill (or secret knowledge).

The response to the “third criticism” is just wrong. In almost every case of the major advocates, there is a huge cloud of a question as to their intentions and multiple or at least a major question mark as to their connection to US-intel, elites, establishment, liberalism, etc. Advocating for voting the Democratic ticket over engaging radical politics might as well be seen as pulled directly from an elite playbook for shaping public opinion and herding the masses into acceptable ideological constraints. You would think – if Chomsky really grasped the frameworks surrounding the manufacturing of consent in the U.S. – he would understand this. The mainstream, CNN, MSNBC, joining in this advocacy, for example. Pointing to 1968, from a historical perspective, is beyond laughable. Even the Red Scare started around Woodrow Wilson (a Democrat)’s time – Wilson who also pushed segregation and aided in reigniting anti-black sentiment and backlash from the masses, expanding a resurgence of the KKK, etc. Forget about before that or someone like Lyndon Johnson (a Dem) who also participated in the assassination of Jack Kennedy and Bobby, who could have been elected president in 1968. So, that is beyond laughable.

1) There was no evidence or theoretical analysis provided for this point.

3) Trump also pretended he was in line with religious fundamentalism or just deeply religious. He also claimed he was going to build a wall and Mexico would pay. Everything he said was a weird exaggeration or joke, but we are supposed to pretend that when he denied climate change, that was serious. We also are supposed to pretend that the Dems actually care? As if Obama told no lies or actually helped move toward ending a climate catastrophe when he not only had the chance but had an active opposition on the issue and was voted in for that reason…twice. So, this contradicts evidence and analysis, in addition to providing nothing is support. The same applies as in the above on all issues mentioned.

4) Again, no evidence or analysis was provided. It is a baseless claim. Also, Chomsky is not a marginalized group. Ask someone who actually has proximity to the consequences, not someone who doesn’t experience any of the victimizations but only has challenges to their innocence and worldview.

5) It is both a non sequitur and from a premise with no evidence provided to substantiate it.

6) That’s me. How do I lack concern for myself? Liberals (not the Left) face this issue. This is a clear projection and psychological ego defense.

7) They do that with everything. They used a similar tactic against Bernie. Remember Bernie could not win. Remember that. What happened? Poll proved he could win. And, they had to have the election rigged at every level against him. What changed? Nothing. He just so happened to exist within the circumstances that bypassed any hold on him getting the attention and support. The exact same would happen otherwise, if people, Bernie included, stepped out of the way. It is not them (the establishment) but fake leftists holding this.

8) Again, that is baseless.