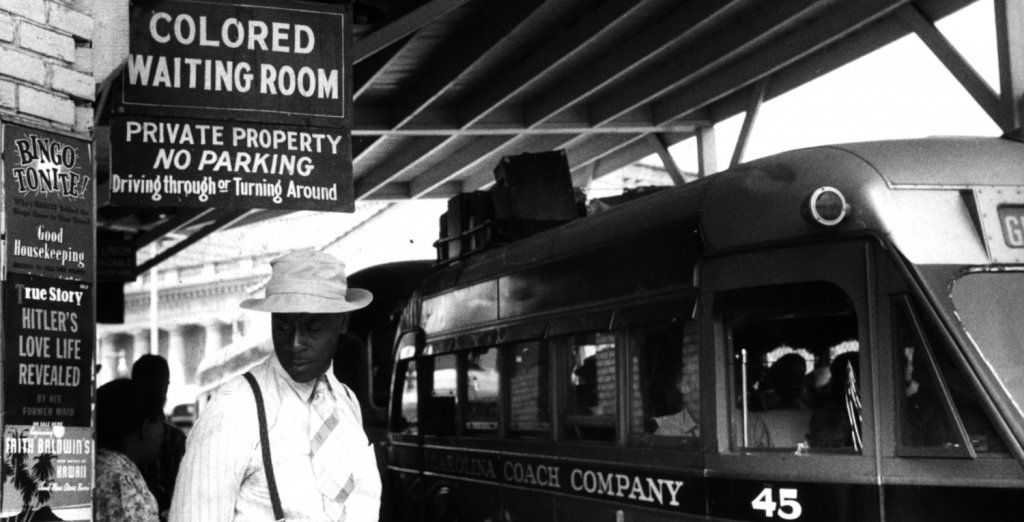 Breaking the Ideology of Separation Versus Integration: Series Conclusion – What Was Learned and What Can Be Applied Today?

I wanted to only do a basic summary for the Breaking the Ideology of Separation Versus Integration series.

Here, I will briefly discuss some of the tactics that can be utilized by the black community, and revolutionary movements generally, based on the historical facts learned throughout this series. The series, itself, which I recommend for everyone to take the time to read through, did a great job of documenting the various movements, agendas, and tactics, historically and within context. That history, along with an analysis of it, can provide incredible insight into the nature of various strategies, and this will serve as a summary of those strategies.

Starting out a major tactic is internationalism – but not based on separatism. A pan-Africanism is fine, but it will not suffice to say either that we need a back-to-Africa movement or that some other nonexistent land exists in the U.S. or elsewhere. It will also not suffice to alienate or reject whites entirely. This was shown in the analysis of the failures and white supremacist tendencies going back to the American Colonization Society, with Garvey and up to the Nation of Islam, and both W.E.B. Du Bois and Malcolm X showed precisely the methods and approach to connecting with global leaders and all individuals – regardless of race/background – as long as they share a common interest and agenda.

Following this, a tactic is the petitioning of international bodies, such as the U.N./H.R.C. and other governments and citizens of the world in an appeal for support against the human rights violations impacting black Americans. This has to be done in addition to the civil rights and domestic activism focused on constitutional rights and violations of the U.S. law. The importance of an effort like this was recognized both by previous generations and again with Malcolm’s attempt to take the issues to the U.N. It is especially an important effort given the fact that black Americans do not have a state or army of their own. Along with international tactics, especially with regard to anti-imperialism, defending states against U.S. sanctions and coups against their leaders is vital.

In addition, this requires a complete rejection of all efforts to weaponize tactics of legislation against the black community, particularly the limiting of rights or sparking violence or death. That means being completely advocates of all amendments that protect rights to bear arms, freedom of speech, freedom of the press, etc. That means going against methods of censorship and condemnation of alternative media, regardless of the source. Only disinformation or false information should be attacked. All ideas, theories, opinions, and open conversations need to be welcomed. Facts need to be obtained, education needs to be proliferated, and our own ideas and arguments need to be strong. This also means going against injustices including abortion, the death penalty, laws that will cause increased imprisonment, discrimination, policing, attacks and attempts to weaponize public assistance and government aid, etc. The outline of targeting in my petition serves as a guide.

Radicalism by the way of anti-capitalism and anti-imperialism is an obvious element to any genuine movement. Basic tactics involved in this – insofar as any strategy can be drawn – is with regard to the rejection of any seeming alliance with capital or white supremacy. This can often be considered simply selling out in a certain context, but it is deeper than that. That is what was shown by Du Bois getting caught up with the N.A.A.C.P. and with warnings from those like Monroe Trotter, even as was seen in the failures and strategy of the Civil Rights Movement with the Big Six and the limiting of Martin Luther King, Jr. And, as Dr. King realized, there must be an analysis, connection, and rejection, of U.S. imperialism aimed at those going through similar situations of colonization and violence. In practice, this means using the old communist tactic of when there should be an association with other socialist or social democrats/democratic socialists as they may be called – there is no collaboration with these people if they team with the white supremacist establishment. Far-right/liberals are an automatic no.

4) Ballot or Bullet – Voting Only Toward Your Self-Interest

As outlined by Du Bois, this means in policy and voting, we need to be supporting socialist ideas and working-class interests. It means supporting the poor and disenfranchised. It means the same automatic disqualification to both the Democratic and Republican Parties. There should be the support of independent and third parties in national elections and in local elections as much as possible. No person should get a vote without supporting reparations and tangible policy that supports the direct interests of the black community.

5) Community Organization with National Coordination – On Principles of Armed Self-Defense – By Any and All Available Means.

Local organization with national coordination is a must. That means groups need to be build and work locally but communicate tactics, ideas, programs, and any other relevant information, to each other across the country. As a part of this guns for self-protection should be promoted, as was promoted by every civil rights leader in the history of the U.S. but particularly as was shown by Robert F. Williams. Gun rights, as with voting rights, must be defended for everyone. The rights of those held by mass incarceration and victims of state violence and racist policy should be defended. Those individuals should have voting and gun rights automatically restored upon release from prison/jail. Gangs, where gangs exist, and all youth, must be organized and revolutionized to political interests. The same applies to those in prison. There must be a call for community control of legal issues and policing concerning our communities – whether this means community policing or whatever else. Educational programs must be set up to teach black history, aid math skills, literacy, intellectual and political engagement, etc. This has to be done regardless of schools if it cannot be done within schools. Businesses and community control over resources should also be pushed. Coordinating to provide housing, food, clothing, healthcare, etc., are all options to benefit the community.

7) Tactics of Nonviolence and Direct Action

A word with regard to nonviolent direct action and boycotting. During the Civil Rights Movement, nonviolent direct action and boycotts were used to get some specific gains against Jim Crow. This was for two reasons: 1) the non-essential nature of Jim Crow with regard to capital and white supremacy – Jim Crow actually created a perception problem for the way the ruling-class and U.S. government was viewed by the rest of the world; 2) by being direct action and organized boycotts. The former could come into question, at a time, when, e.g., ending Mass Incarceration, etc., is acceptable to white supremacy/capital. However, the lesson learned from the Civil Rights Movement is that the key is the transition to what is next. You need to build strong organizations. And, you need to control the outcome of the situation. Direct action was successful mainly from being just that. If you are looking at buses, restaurants, pools, theaters, schools, etc., just attending or conducting sit-ins can directly address that problem. If you are told not to join, attend, sit, etc., simply doing those things creates movement around the conflict, while also directly achieving your goal in the act. The added element of nonviolence creates a moral high ground absent having to make a justification argument for self-defense. Boycotting tends to work when coordination exists on a large scale. The same would be the case for other forms of direct action like strikes. The most effective, with all, is where there is a direct achievement within the action. For example, if there is a goal against/for college education, occupation of areas might be a form of action; however, not paying for the school in protest of college not being free and public, while occupying classrooms and carrying out educational programs in massive coordination, while resisting police crackdowns, might be better. As is the case, generally, being subject entirely to the response of others is never a good position to be in. That is why other tactics designed to gain power help the entire situation.

It must be made clear that white supremacy, as can be seen from studying the Notes and Sources provided on this site, was established as a legal and ideological framework that took a long period of time to become ingrained in society, especially to the extent that it is today. Despite the physical institutions, such as Slavery and Jim Crow, the ideological dispositions, regardless of the changing nature of those institutions, had to be fed into the minds of more and more poor and immigrant groups of Europeans from different backgrounds.

The view with regard to white supremacy is that all European and other races categorized as “white” are white, and that white itself makes up a race, as against black. This is the acceptance of a racism based, ideologically, on white supremacy. A general form of racism – or more accurately the concept of race off of which the categories are based – can divide groups into their, either European or African, groups. For example, in Europe, you have English, French, German, Spanish, etc. These are groups that have, historically, always been at odds to a certain extent. This is extremely evident in the great wars – WW1 and WW2 – of the 20th century or in the battles for land and supremacy over territory and global trade during the period of European exploration/colonization.

These European lines of race were erased into a white race and in order to grant larger majorities for political, economic, and social, purposes, particularly in the U.S. With the acceptance of the privileges granted, or in the rejection of, or apathy toward, any support for seeing opportunities and civil rights for blacks, the overall system of white supremacy to the benefit of global capital could be sustained through this large and growing middle class of European and other immigrants willing to be accepted into the ideological framework.

The nature of that strategy is why it does not work to perpetuate what is ultimately a white supremacist pan-Africanism masquerading as pro-black. Without the acceptance of white supremacy, there is no longer the illusion of a created unity between entirely different groups with differing interests.

Even in the European acceptance of white supremacy, there was no grand erasure of ethnic ties. Still, today, it is mainly white supremacist (often labeled nationalist) groups that espouse an ideology (mostly propaganda) based on Americanism and a “white” race.

Within class interests, however, there is no illusion about particular groups looking out for themselves. Within European nationalism, there are no illusions. With regard to imperialism, there is still an effort, mostly controlled by the U.S. with the most powerful military, to establish as the controlling force.

Any fight against white supremacy thus has to be both toward the recognition of racial/ethnic/national differences, against the notion of a “white” race or “black” race, while simultaneously attacking fundamental race prejudice, discrimination, bigotry, etc., bringing unity between the groups.

Thus, again, unlike white supremacy/capital, which was built on and assimilated by fundamental supremacy, colonization, subjugation, enslavement, and theft from groups of people, a truly socialist/communist, or black liberation movement, has to be based true principles of morality, justice, human rights, and cooperation. Those ideas have to be based on philosophy, rational principles, and knowledge born into science out of that fundamental basis, i.e., not purely ideological.

That concludes my thoughts on these issues other than pointing out that things are increasingly getting worse and worse and faster and faster. If there needs to be coordinated action, sooner is better than later. And education and coordination is the key.